When the Glass is Half Full

I remembered the face, the smile as broad as can be, the face of pure joy. It was the first time Dear Son was in a hot tub. It was as if Dear Son had died and gone to heaven. He never wanted to leave, he never wanted it to be over. He lay in the water, floating in his father’s arms, his face toward the sky, as the sun beamed down upon him. I had never seen him that relaxed or that happy as he was that day. But it was this face, that I remembered, when he smiled today. It was the same one that I saw when he was in the hot tub.

He had been vocalizing lately when I started his feeding this morning. The Pedia Sure pumping through the tubing like an electronic heartbeat, did not seem fast enough. By mid day, he started vocalizing again and looked up at me when I was in the kitchen. Dear Son, seated in his rocker at the dining room table, was listening to the radio. His head lie on a towel on the table to catch the drool that pooled near his mouth. Whenever I went near the kitchen, his head would come up off the table, as if to signal that he wanted something.

I took out his glass, a plastic cup with a squiggly straw built in the side, the only cup he had ever mastered. This cup, was the same one they taught him to use in elementary school. I had marveled over the fact that they were able to teach him to use this cup with the straw….I mean, how do you teach someone to suck up when they have very little oral motor control? You might be able to get him to suck a bit and then he never seemed to have enough suction to get the liquid all the way up through the straw. You’d have to tilt the cup so the liquid would be half way up so that when he’d suck, he’d get some liquid. I think they worked on this for at least a year and to this day, it remains as one of the greatest contributions the school system has ever made in his life.

I only have two of these cups remaining in my cabinet. The rest were tossed out and I saved another two in a cabinet I use less often, hoping I might need them again someday, knowing full well it will never be true. I suppose that would be called an emotional attachment to an object, something Professional Organizers like myself, should frown upon. If an item is not used, not loved or not needed, it should be tossed. Some rules are meant to be broken.

I pulled the glass out and filled it with some iced tea. He seems to like that on occasion, to wet his mouth. He doesn’t drink very often, as his swallowing ability has deteriorated, but he still enjoys it. I bring the glass over and sit next to him at the table. He smiles and I tilt the glass toward him. He falls to the right repeatedly and I try to support him while I tip the glass to help him get a sip. He chokes on the liquid then coughs a lot. We try again and when it happens a second time, he stops. I used to use a thickener however once he stopped eating and went to g-tube feeds, I never went back. The occasional sip, was just that, occasional.

I was taking lunch out of the oven when he looked at me again. I figured he was hungry so I quickly chopped up some food for him and mixed it with a vegetable and mashed potatoes, his favorite. His face lit up as I brought the plate over to the table. By now, he was smiling and laughing he was so excited. His face was exactly the same as it was in the hot tub, so many years ago. It was the face of pure joy. I put a tiny bit on the spoon and gave it to him. He was smiling and laughing so hard that I had to give him some verbal reminders to settle down so he could chew and not choke. There wasn’t any chewing required really, but I needed him to manage it slowly so he could swallow. Dear Son didn’t care and quickly took his face and tried to smash it into the food on his plate. That was his way of telling you to get the food in faster, to hurry up. That’s the way he ate dinner for as long as I can remember. He kept trying to smash his face in his food and I kept trying to stop him, since I didn’t want the food all over his face and all over the floor. He didn’t care. He kept smiling. I placed a small bit on the spoon again, thinking maybe I didn’t get enough in his mouth the first time, and gave it to him. Dear Son continued to smile but the food just sat in his mouth. I knew then, that he wasn’t able to chew it, eat it, or swallow it. Dear Son didn’t care though, he continued to smile and laugh, his eyes were lit up like it was the greatest day of his life. He stayed like that for at least ten minutes, the food never leaving his mouth. He never chewed it, he never swallowed it, he just tasted it. And it tasted good. I couldn’t get over how excited and happy he was just to get a taste. Not a bite, just a taste. A taste of real food.

Fifteen minutes later, the food came out of his mouth. I wiped it up and threw out the paper towel. I took the Hoyer Lift, attached the sling to it, raised him up and took him into his room. I lowered him onto his bed then removed the sling and hooked up his lunch. The two cans of Pedia Sure went into the bag and I turned on the pump. It would take one hour and forty five minutes for the 16 oz. to get into his belly to fill him up. But a taste, well a good taste lasted ten minutes.

I am so glad that he got the joy of that taste, and that you got his joy too.

Ymmmm I bet his tongue was super happy to have that taste!!

I look forward to your posts, thanks for coming and reading ours. I know your time is precious.

Your writing is so lovely, I can feel every bit of that moment with DS. It feels painful and beautiful combined.

What a beautiful post ... Words fail me. I can feel the joy your son felt - in the simple things we take for granted. What a champ.
I came by from Jeanie.

This one brought tears to my eyes. During the times I am focused on my own frustrations I will pull this story from my memory and remember to sit back and be thankful for all that I have. To remember that just a taste can mean so much more than being just a taste and to find the joy in the small things in life, which to some are not so small.

Too often we're rushing and miss the little joys of life, only seeing the problems. Thank you for reminding us to take the time to savor life.

Your posts often make me teary-eyed and this one particularly so. How wonderful that you have the privilege to be reminded regularly of the joy of the simplest things. From your writing it is so clear that Dear Son is much more blessing than burden to you, and you are indeed a blessing to him.

This is the first time I've visited, I just wanted to say thanks for sharing your Dear Son with us.

very nicely said...i must say what a beautiful article that was... 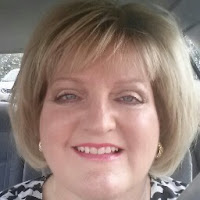 We don't love qualities, we love a person; sometimes by reason of their defects as well as their qualities. ~Jacques Maritain 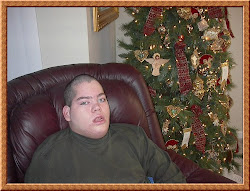